All news pertaining to local and national real estate topics.

We're sorry, but we couldn't find MLS # 98570439 in our database. This property may be a new listing or possibly taken off the market. Please check back again.

Picture perfect home for the holidays! Close on sale of this wonderful home by December 24th receive a $250 gift certificate to the Boise Towne Square Mall (or somewhere else of your choosing)! Just in time to deck your halls!! By the way – tell your agent they get a $250 gift card as well!!

Move in ready 3 bedroom, 2.5 bath home with a finished 3 car garage, and 18×14′ bonus room. Located in NW Meridian with easy freeway access to Canyon County, The Village at Meridian, The Boise Towne Square Mall and downtown Boise. And just wait until the snow melts and unveils the amazing yard! The owners loved to maintain their yard and it shows! Extensive stone work, concrete curbing, garden beds, huge patio with pergola (wired for music) and a 10 x 10′ shed.

Sorry, but we couldn't find any results in the MLS that match the specified search criteria. 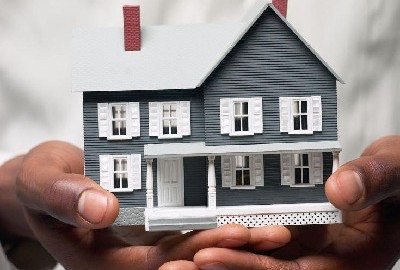 I was recently reminded of the ‘good faith’ component needed in real estate. I was helping James buy his first home at 75 years of age. James had worked diligently his entire life, raised his children primarily on his own and was able to sock away a little nest egg. James had lived most of his life in a metropolitan area where homeownership was out of the reach of many residents including my client. While visiting his daughter in Boise he realized he could afford to buy a home here and live closer to his daughter to boot.

After a few misses we finally secured a home and had an accepted offer. I was now planted firmly in the shoes of some one that had never gone through the process of buying a home, none of his children had bought homes, he did not even have internet, a computer and the ability to search out information online. I became his source of all information real estate related. At the same time my son was helping me create a new and improved website www.kelly-sells.com and he mentioned it would be nice to have a FAQ page for people like him that don’t know what things like escrow are. It stuck home how much trust buyers and sellers put into their real estate professionally and how often we may not explain the many nuances as we should. After many years in the business, dealing with all the ins and outs of a transaction I think realtors often forget that our clients don’t deal with such things daily.

After the home inspection James went back to his home in another state to start packing. I received a call soon after asking when it would be ok to put in his change of address request with the post office, when would we know it was all going to work out ok? As agents we really rarely see deals fall apart, and if they do it is during the inspection period. If a deal falls apart after the inspection period it is usually due to a financing issue the buyer faces, buyer remorse or a lender that didn’t properly qualify a buyer. In a market like we are experiencing now, with prices rapidly increasing, we now occasionally run into appraisal issues that can turn an offer sideways. Buyers and sellers daily but their trust and faith in the real estate professional to keep the transaction progressing smoothly and close on time.

Those that live here have long known Boise is the best city to raise a family! Apparently the rest of the country is finding this out as well. Mom it Forward, the social media community and network has placed Boise at #3. This site based its rankings on area education, affordable housing, crime rate, jobs, entertainment and commute time. We were beat out by END_OF_DOCUMENT_TOKEN_TO_BE_REPLACED

There is an interesting phenomenon happening in our local Boise real estate market that I believe is most likely happening elsewhere. The few available listings are creating a buying frenzy. There are agents showing homes with offers written before they even step foot into the home. END_OF_DOCUMENT_TOKEN_TO_BE_REPLACED