Ah to just have a crystal ball! But then again with out any surprises life would seem a bit dull. The best anyone can do is take an educated stab at what life may hold so here it goes. I feel like a broken record the way I keep talking about the low housing inventory. It appears Boise is not the only area feeling the pinch of low inventory as reports of similar woes surface around the country. There are a number of reasons for this; but I feel the two biggest are one: sellers that want to sell but can’t because they are upside down on their loan so they are staying put. And secondly we are now seeing sellers that could sell and know they would get a killer deal on a new house but are now concerned with how few choices are out there.

I think inventory will remain low. Yes there are more foreclosures to wade through but I don’t foresee them flooding the market. I think by end of 2012 REO’s will be down to a trickle. One of the reasons for so many foreclosures these past 4 years was the house of card built on interest only loans. A large majority of these loans have been adjusted or taken back by the banks. The banks have also been under a lot of scrutiny, if they are sitting on a boat load of inventory, they won’t let it go at once. Believe it or not I think the banks have just as much of a reason of as the rest of us to want to see the economy recover.

I think interest rates will remain ridiculously low through the election. Whoever ends up in the White House next term will need to make some hard decisions. Long term these rates cannot last and cannot foster long term stability. I think we will start seeing a very gradual rate increase toward the end of 2012.

I Believe unemployment will continue to drop, albeit not overnight. Current national numbers have us at about 8.5% – in a robust economy we have about 4% – 4.5% unemployment. We will never, ever have 0% unemployment, there are some that just don’t want to work. Yes we have a LOT of underemployed people out there as well. I am going to go out on a limb and predict by the end of 2012 unemployment will have dipped down to around 7 – 7.5%

I recently read “Home prices are getting less bad” – brilliantly put and I agree. I think the Boise metro area will even see a slight increase in values/prices this year and when the market does turn around it will be at a steady conservative healthy pace of 2 – 4% appreciation a year. I simply do not believe I will see another real estate boom in my lifetime and I plan on doing a whole lot more living!

Check in at the end of the year and see how I did…. 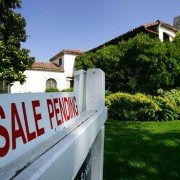 Household formations on the rise!