well at least the weather is and I for one am grateful. This has been a crazy year for weather across the country: tornadoes, hurricanes, epic snow storms, flooding, earthquakes, drought, tsunamis, massive fires, ice storms but here in Boise it is rather dull. It seems like a number of years ago I saw Boise listed as one of the most ‘uneventful weather’ cities but at the moment I can’t find the existence of such a list. I get asked all the time “what is the weather really like in Boise?” and I tell people to leave their snow blowers back east and your kids won’t be getting snow days here. We do get dustings of snow in the valley but it doesn’t tend to stick. The mountains get plenty of snow to play in in, 30 minutes from downtown we can ski. You may miss the sticky humidity that plagues much of the country because we don’t have that either (which also sadly means we don’t have fireflies). There is an earthquake fault somewhere in the desert around here…we think about that as much as NYC thinks about theirs (OK, maybe we should think about this one). We occasionally get thunderstorms but nowhere near the rain of Seattle or Portland. There are area forest and range fires that can send stinky smoke our way (like today) but those have been rare and rarely damage property. In the winters we occasionally get ‘inversions’ which are common in valley cities that nestle mountains (SLC and Denver have them as well). This is when the air becomes stagnant, trapping cool dirty air in the valley (beautiful sunny warm weather to be enjoyed up at the ski resort!). This dirty weather only last until the next front comes through to blow it out. The inversions are the biggest weather complaint we have and the past few years they have been almost non-existent. 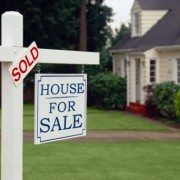 How housing inventory is hurting recovery.